Fort Lincoln was built to house and train military troops. All of the historic brick buildings are over 100-years-old. The fort consisted of a central parade ground surrounded by living quarters and support facilities. Funding from Congress made possible the construction, including officer’s quarters, barracks buildings, guardhouse, bakery, mess hall, powder magazine, administration buildings, a hospital and hospital steward’s quarters, and swimming pool. The military post became an accepted part of the community and was welcomed for its economic return. Public events and activities were hosted there. For many years the pool was made available for public use before Bismarck had a municipal swimming pool. United Tribes maintains the same building numbering system established when the post was constructed. 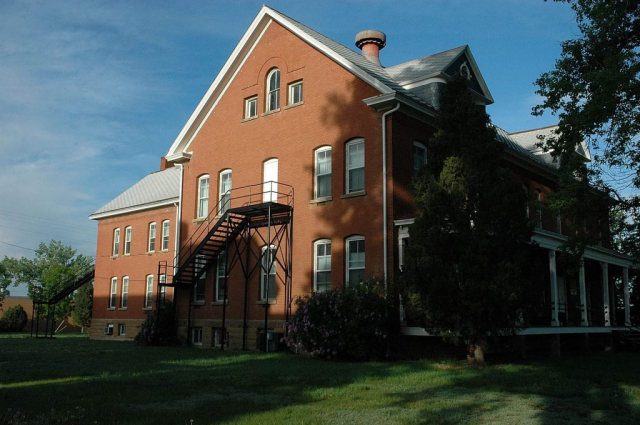 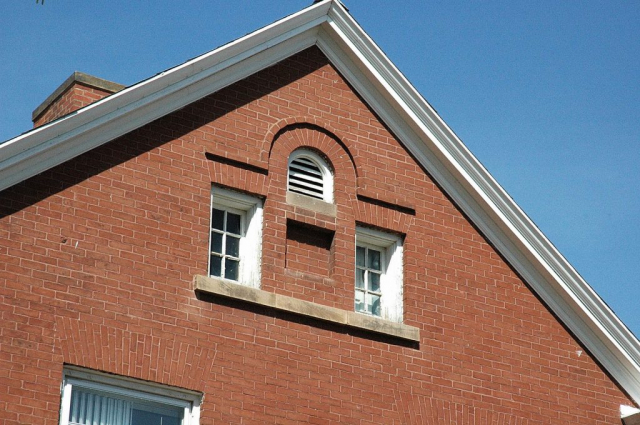 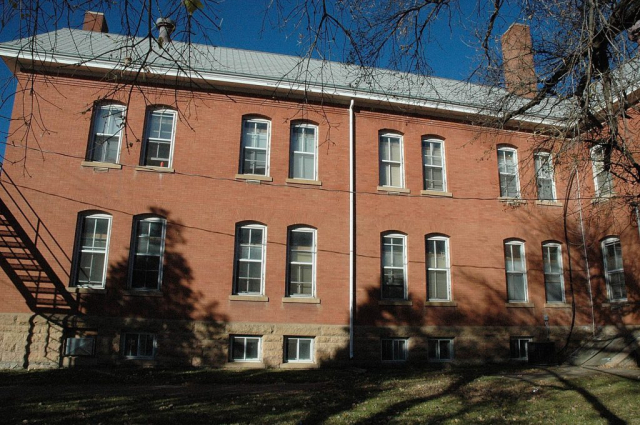 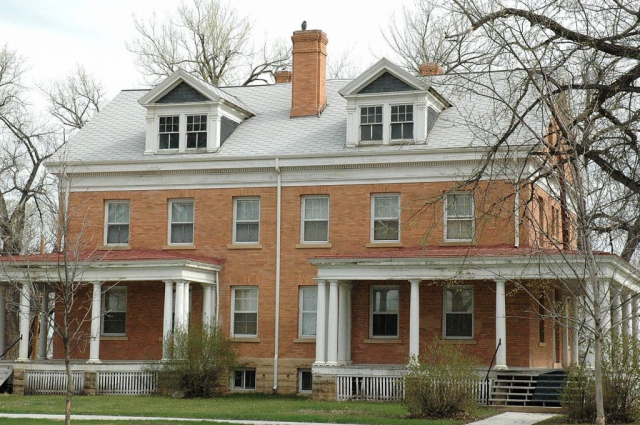 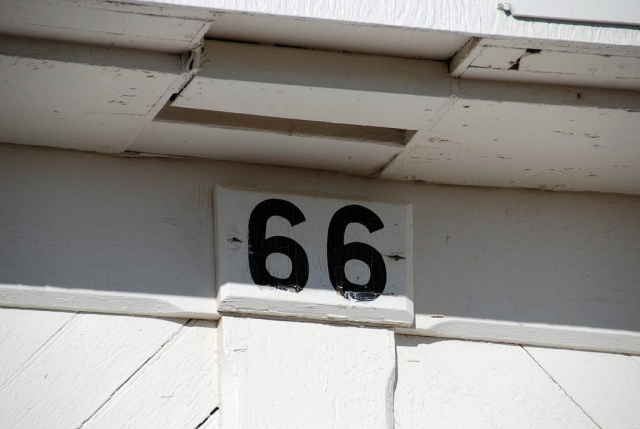 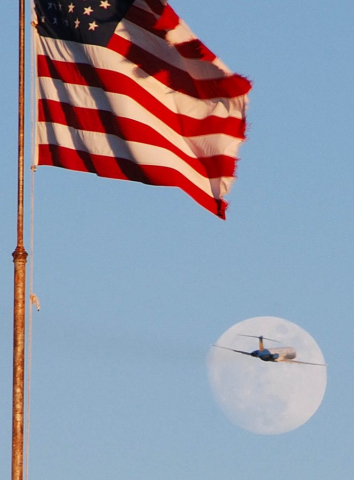 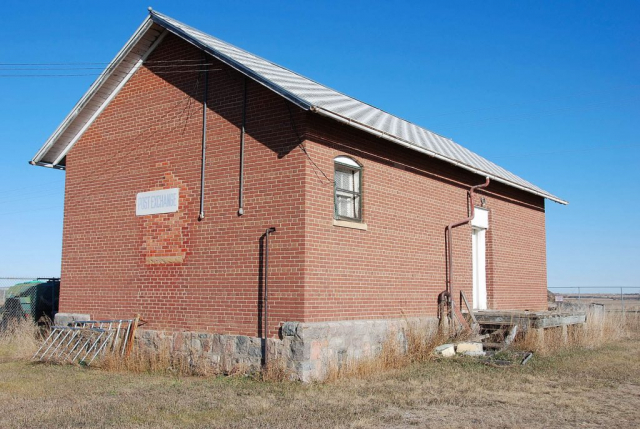 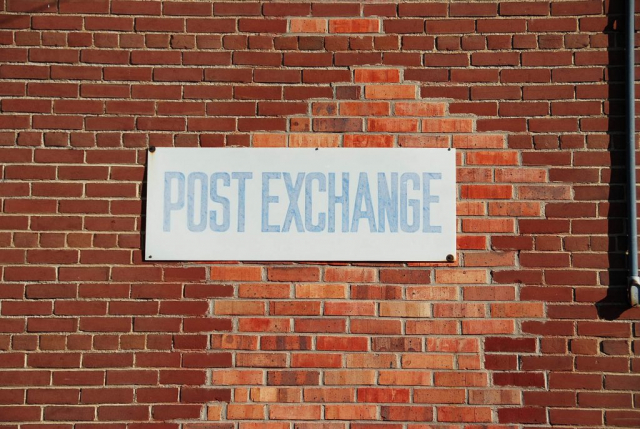 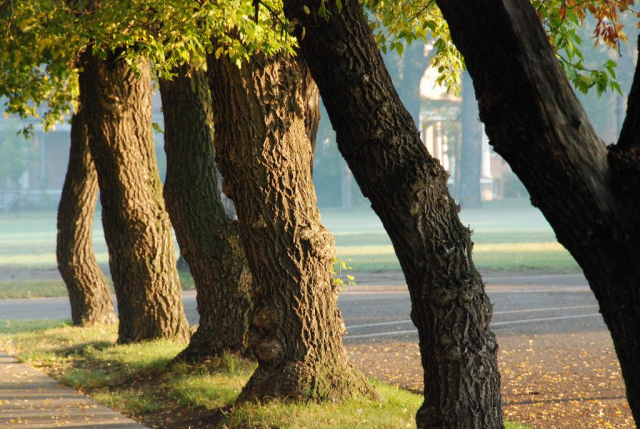 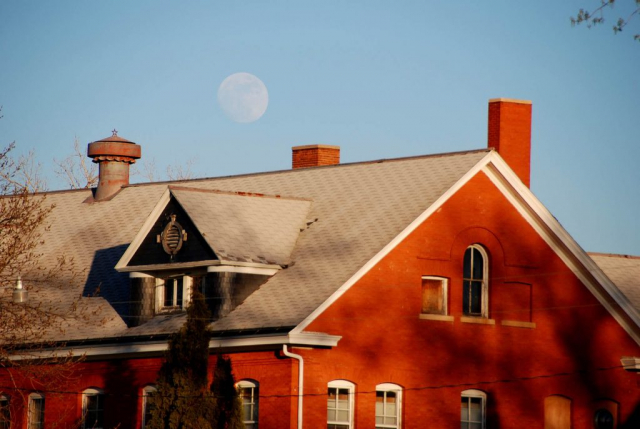 Buildings 38 and 39 were conveyed to United Tribes Technical College by the U.S. Army in 2011.**** Building 39 was the post-hospital. It was completed in May 1903 as a 10-bed facility, made from local red clays pressed into bricks. Later additions in wood framing expanded its capacity. The main building is one-and-one-half stories high and has a “U” shaped floor plan. The basic structure is largely unchanged today and a good example of early military architecture. It is also significant for its role at Fort Lincoln. It functioned as a hospital for over 50-years, providing care throughout its history.

Building 38, located adjacent to the hospital, is the hospital steward’s residence. It was also built during the 1902-03 construction wave. A hospital steward was a non-commissioned officer. Regulations required there be one steward per regiment. The steward oversaw the general administration of the hospital, including general maintenance, staff supervision, and soldiers’ medical care. The steward’s residence is a two-story brick structure set on a stone foundation. It represents the military architecture of the late 1800s to early 1900s, adapted for local conditions and made from local materials.

**** Buildings 38 and 39 were not part of the original acquisition of Fort Lincoln by United Tribes in 1969. 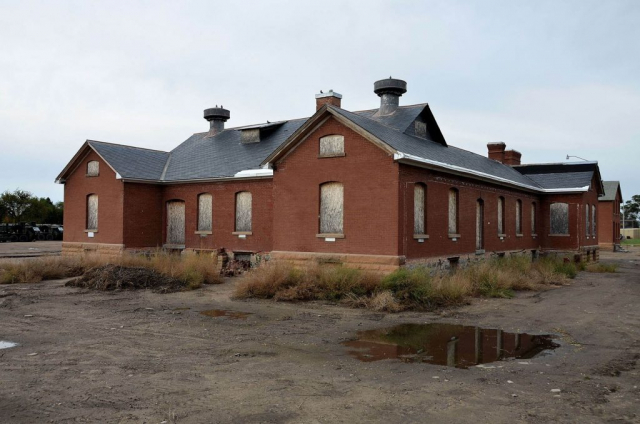 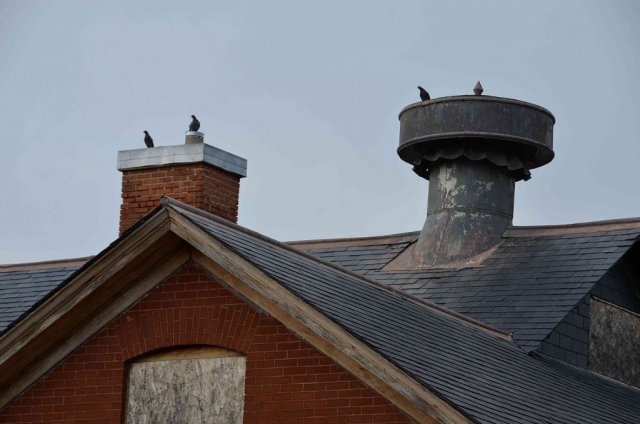 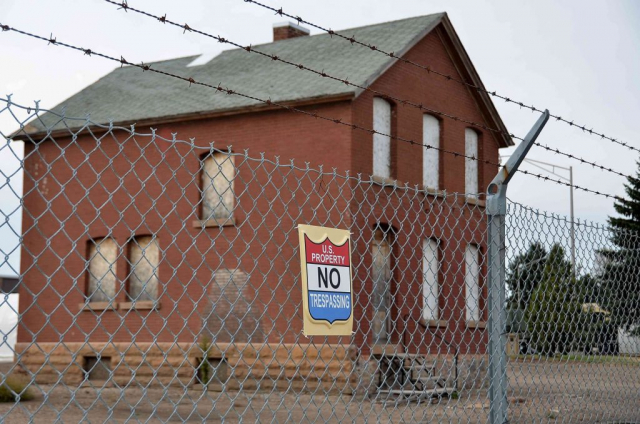